What You Don’t Know About Money Stress 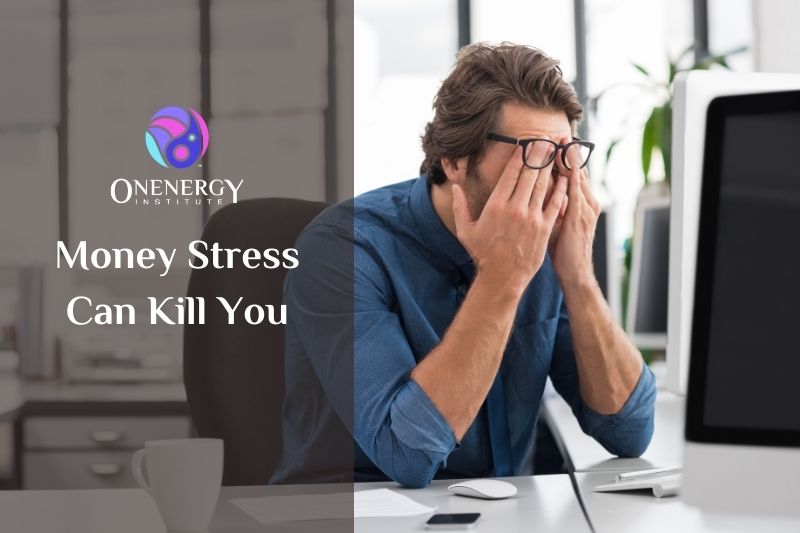 We, humans, are capable of adaptation to different environments. We can adapt our attitude and mindset through our families, friends, school environment, work environment, the community in which we are participating, etc. Adaptation is a necessity because that’s how we learn, and that’s how we adjust to our environment.

Over the years, we are taught money is a way of living. What does living mean? In Google, it says, “an income sufficient to live on or the means of earning it” and “the pursuit of a lifestyle of the specified type”. See? Living is now incorporated with money.

The world taught us that earning and spending money to sustain our lifestyle is normal and called “living”. If we are poor, we can’t live the life we want. We are taught that it is important to get a stable, high-paying job to be happy. Ever heard the saying “study/work hard to get everything you want”? I bet you did. It seems like money makes the world go round, and we humans are a slave to it.

And this money mindset is what we are talking about in the previous article, a programmed mindset. Even if you know deep down money is not your life, your mind is the one who believes it, not you. Therefore money still stresses you.

How can you say something is valuable to you? If you think it is so precious that you can’t live without it, right? Let’s be honest with it; most of us think of the money that way. If something isn’t valuable to you, you won’t care that much about it.

But, here’s the real thing, money has no value of its own. Money’s worth is just societally made and accepted. Money became valuable because the consumers traded it to the merchants for the things they needed and wanted. Money only became valid to run the economy. But without all of this, money is just paper with printed digits on it.

Only the resources, such as land, water, crude oil, crops, and humans, make value, not the money. Money is just a tool to exchange between resources. That’s why it is confused to be that important. But the truth is, money itself cannot support your life. Do you think the trees and the animals need money to live? Human life is the same as all the other lives on the earth. Life doesn’t need money. But you think it does.

Now, does it makes sense why money stresses you out? Because you think handling money is a life-and-death situation. You put all your energy and emotions into earning it, maintaining it, and spending it. And without realizing that, it became a cycle. Making money as your world is even delusional and unhealthy. It will only make you hungry for more money as if money became the reason why you breathe. Money can be an addiction too.

Money doesn’t matter to life. Life is not a lifestyle. Do you want to know what truly matters in life? You must be conscious enough to realize that what is truly valuable is life itself. Only life recognizes life.

If you are under constant money stress, you shall use multiple stress relief methods. And if you want our guidance to hone your existence, our free qigong app can help you in a way.

Coach Delphine started qigong in her early 20s when she was a university student. After moving to Canada, she worked in different industries and then started a business in 2009. In 2017, she co-founded Onenergy Institute with Master Dai. She has been focusing on spiritual awakening through qigong meditation since 2019.