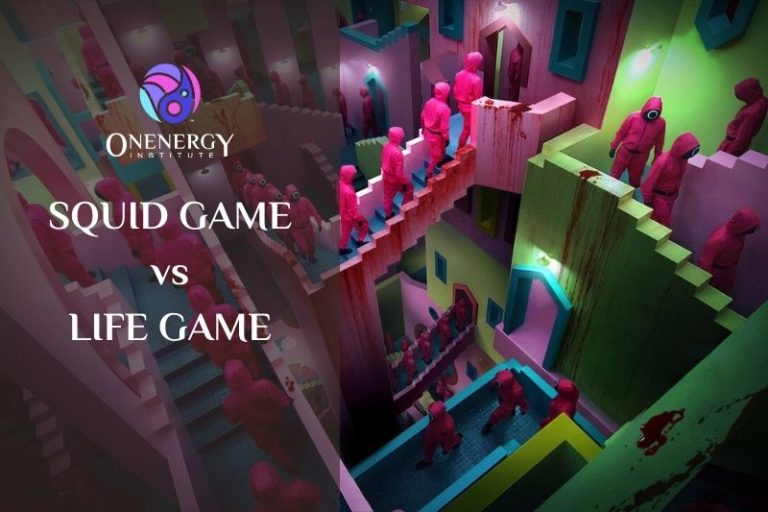 There is this Korean Show who has been of the top hits on Netflix, worldwide. I’m sure you have heard about this or seen this. Yup, you guessed it right, we are talking about the “Squid Game”.

If you still haven’t watched that TV show yet, I’m sorry but spoiler alert!

In that TV episode, a bunch of people was invited to play childhood games to win an obscene amount of money. If they lose, they will get instantly killed. They weren’t informed that there was a killing involved. Every killed player would mean an additional amount of dollars added to the said prize amount.

Imagine how the players were really desperate and went greedy to win that crazy amount of money. Imagine how much it negatively affected their behaviors. Every day, they either got killed or killed others in order to survive.

Now think about how unfortunate the situation of each player in that game is. And you, as a viewer, would feel relieved that you weren’t in that horrific game.

That is why a lot of people like to watch horror or thriller movies. Because they find satisfaction in this rollercoaster of emotions; fear and relief. It adds a little bit of spice to their daily lives. Not to mention, the entertainment industry is taking advantage of how hooked the audience is in thriller movies. That is why we have tons of horror and violence on the screen.

But! What people don’t know is that Squid Game is happening in real life. Not that part where instant shooting will happen when someone gets lost. But in real life, when we lose the game, we won’t be killed, but our life will be taken gradually in installments.

In reality, every one of us is put to one or multiple games made by those in power. They are not only national or global leaders but the leaders in every business and community. You see, over the years people have developed this hierarchy in societal roles. It is true that in every group of people, one has to be the leader to have its anchor and guidance. But for whatever reasons (most of them sound glorious), some leaders are using their power to manipulate other people.

Ordinary people simply follow them without awareness, but they make it look like their people have choices. Very often you will see that they use money as leverage because those are people’s weakest points. Looks exactly like the Squid Game: oppressive actions of people in power, and victims who are brainwashed by it.

Do you realize that you are playing other people’s games your whole life? What games have you realized that most of the time you have no choice but to continue them?

This is why some people don’t know they are playing other people’s games. Have you not noticed that you are playing others’ games? Why do you work on a job you don’t have passion for, take the deals just because you feel like you’re losing something if you don’t do it, follow a certain trend to feel like you belong, etc.? Do you believe that you fully control your life?

You can join their games, actually often you will feel that you have no choice but to follow. That’s fine. But you have to develop consciousness so that no one else can manipulate you in their games. Be aware that if you are in others’ games, you can never be a winner. But, make sure to choose the right game to play with. Otherwise, it will not be worth your time, energy, and your life.

Life Is A Game

But there is a real game going on every moment since you were born. But many of you easily ignore it. What is it? Life. This Life we refer to is not the lifestyle you think of. The reward for winning this Life Game is not a monetary prize. Life never ends when the body dies. Just like, when the leaves fall in autumn, the tree won’t die with those falling leaves. Next spring, new leaves will be born.

Life goes on and on with or without a body. This body and this mind that you were given for this life are your gears. To win this Life Game, you need to learn how to properly use your gears to upgrade yourself to more potential. So that in the next life, you will be given more advanced gears or even put in an advanced level of the game.

So what to learn about your game gears, this body, and this mind? And how to use them properly? Of course, you will need teaching and massive practice, most importantly in a systematic way.

Qigong is a technique to master your gears for whatever games you are in. 👍