5 Signs That You Are Entangled With Money 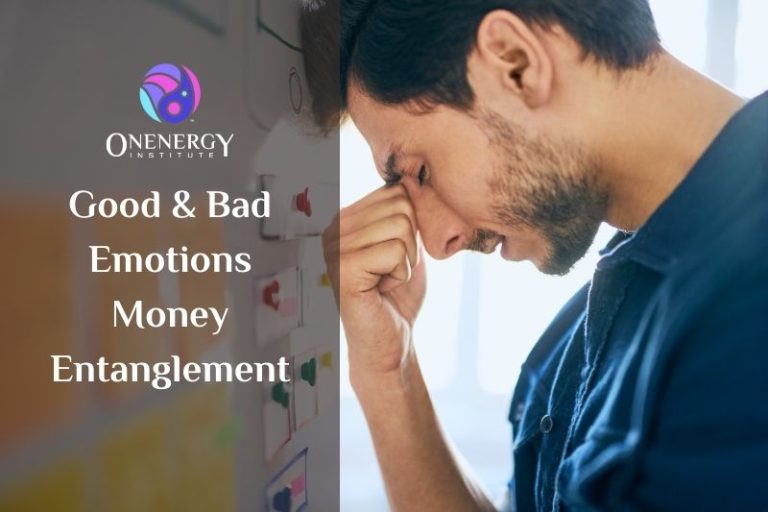 How can you tell that you are entangled with money? It might be easy to understand that when negative feelings come, it indicates that you have an attachment to money. But what about positive emotions? Whenever you hear positive money talks, you will get excited. Is that also a money entanglement?

Money seems to be the motivation for everyone these days. People work hard for more money, save more money, invest more money, etc. We earn and spend money for a living.

Do you believe you can’t live without money? Technically speaking, you don’t. Somehow you still need money to feed and clothe yourself, and put a roof over your head. But let’s dive into a deeper question, do you think money is good or bad for you?

Whatever your answer might be, the answer is neither. Why? Because money is just a tool; any tool is useful at a certain point. A tool wouldn’t and shouldn’t control you unless you allow it.

Whatever emotional effect money might have on you, positive or negative impact, it is money that is controlling you. For example, winning a lottery will give you excitement and uncontainable happiness, so it is a positive impact. But later you lost that money due to whatever reason, you will feel devastated and regretful which is a negative impact. But do you realize that lottery money wasn’t yours from the beginning, why would it trigger your emotions, not just once, twice?!

Money is a societal made for the economy to continue rotating. The presence or absence of it shouldn’t make you feel an intense impact. Just like a cellphone! A cellphone is a necessity these days for convenient and instant communication. Education, work, banks, food and item deliveries, and entertainment are now all accessible on mobile phones.

Excluding the fact that it will be convenient, those things wouldn’t go anywhere with us without a phone. Same as money. All these comforts, convenience, and luxury will be there with money. But we don’t necessarily need them to start being happy with our lives.

On the other hand, those who hate money, say it’s meaningless to strive because everything is temporary. They have this so-called “inner peace”. But, do they still struggle when financial issues come, don’t they? So it’s still not the answer.

And that’s when we know that majority of the people are now entangled with money. Given the facts that:

But no one should be blamed for their mindset. They are also the victims of this “program” that has been encrypted with us since we were born. This program makes us vulnerable and reliant on any societal tools that make us feel we are superior to others. Once you understand how you are programmed, you can be de-programmed.