Minimalism Would Not Lead You To A Simple Life 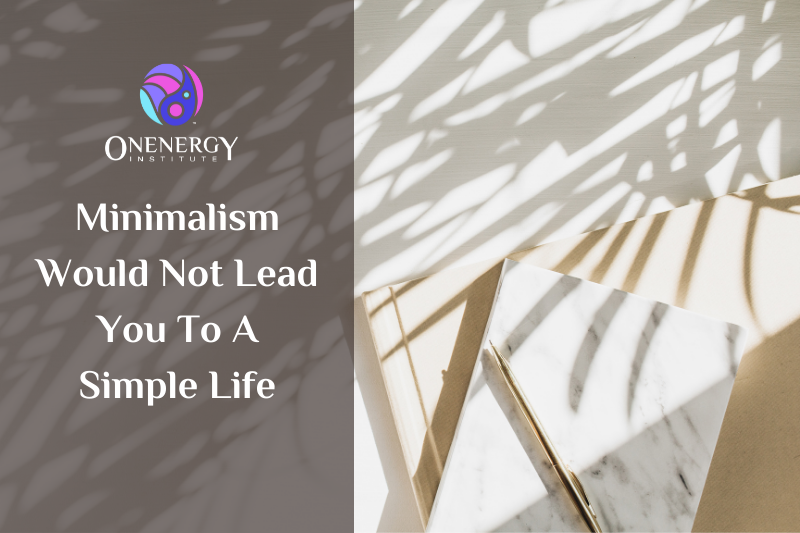 Nowadays, people create all kinds of labels or adjectives to identify their nationality, race, gender, occupation, beliefs, likes, and dislikes. Because they want to communicate something about themselves, saying “I’m not this” or “I am that”.

They want to be known and identified by their labels, not to mention their values must be aligned with those labels too. And the people they choose to surround themselves with must be with the same label, or close to that label. Societal norms are getting more complicated these days, aren’t they?

Lately, there has been a trending label called “minimalism”. Are you familiar with this? Or, do you happen to call yourself a “minimalist”?

How Minimalism Happened and Evolved

Minimalism had been around since 2004 but was only recognized by many in 2016s. It is a lifestyle that most people want to change to make sense of their fatigue of having more, so they thought of having less is the solution. It became that trendy to the point where if someone posted with the title “minimalism” on it, it would become viral.

Minimalism is slowly fading and it was proven by many that it won’t lead you to a simpler life. In fact, it is a high-maintenance way of life. 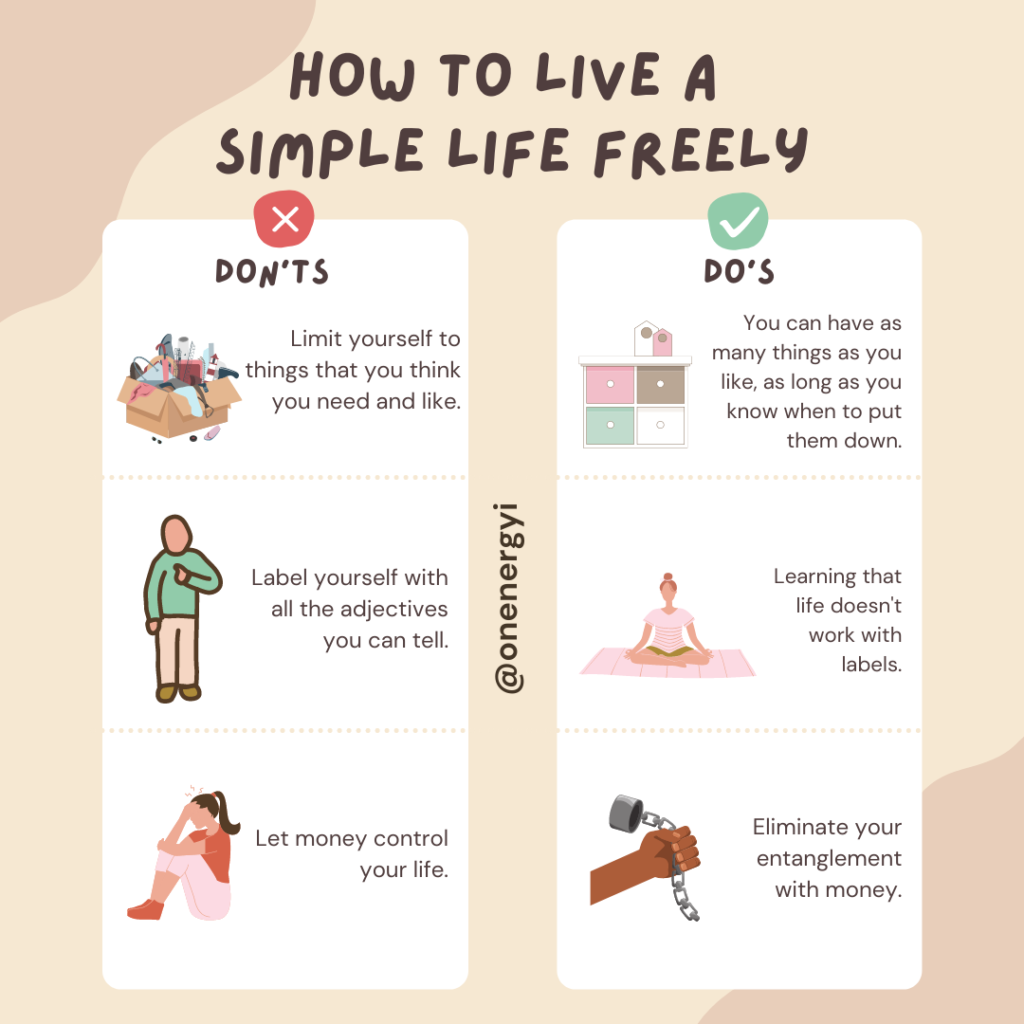 Minimalism – A Label To Limit Your Life

You see, minimalism is just another label you put on yourself. Labels were constructed by society for the sake of forming a community. And you don’t need to label your life. It will set you on to limits because you will try to negotiate your ways through it by avoiding tasks your label said you “can’t” do.

Labels settle on an “all-or-nothing” meaning. Someone is either something or they’re not; it’s something to do with our brain making irrational shortcuts. If you are really conscious, it doesn’t matter to you what you have and what you don’t have. Having all these labels, getting tired of it, and suddenly settling into one label which is “minimalism?” Life won’t work that way.

Come to think of this, if your goal is to aim more and when you reach that certain point, you will be wanting more. Right? Then probably, that will be the same for aiming less. And isn’t that convenient because aiming less is much more effortless than aiming more? Now, when you get used to that comfort, you’ll settle on a level you think you can only handle.

It might be comforting but life is not about settling into our comfort zones! It is about continuously stretching ourselves for growth. And stretching could be uncomfortable and painful sometimes. But it will surely lead to unlimited possibilities.

How To Live A Simple Life

In this modern lifestyle era, a lot of us are too consumed with materialistic things and satisfy what we want, that sometimes we think we need, to maintain ourselves. What do we need to purchase things that we need or want? Money. And having less, or having more, neither matters, we are still being controlled by things and money.

Take a closer look at this, when you remove your desire for more, sure, you will live peacefully. But that would only be temporary. Because you will never have a chance to acknowledge your attachment or entanglement. You will keep avoiding what triggers it. Is that really freedom? Sounds more like a limitation to me. Remember, avoidance won’t resolve our issues.

Just to make things clearer, getting rid of things is much different from putting things down. Living a simple life means having no entanglement with things, including money, no matter how much or how little you have. It is knowing when you need to use them and knowing when you need to put them down. It will release you from your attachment and reliance on things. Isn’t that liberating?

As we talked about in the previous article before, nothing in this world is owned by you, everything is temporary and fleeting. Attaching yourself to things, whether it’s more things or fewer things, will imprison your life.

And don’t get us wrong. You can have all the things available in this world, you can also eliminate lots of things which you think are unnecessary. What you need to lessen or get rid of is your entanglement to them, not the things themselves.

But, reaching this level of freedom requires extra practice. These practices are not for those who just want to stick to their labels and live “comfortably”. It is not necessary for them. Because if you want to live a simple and joyful life without entanglement, you don’t need minimalism. What you will need is first to realize that minimalism is just another limitation you put on your life.

Master Dai is the founder and chairman of Onenergy Institute. He is a business owner and spiritual leader, former Zhineng Qigong certified teacher. Master Dai started his qigong practice at age 14. He has over 30 years of qigong teaching experience.