What Does It Mean To Be Truly Wealthy 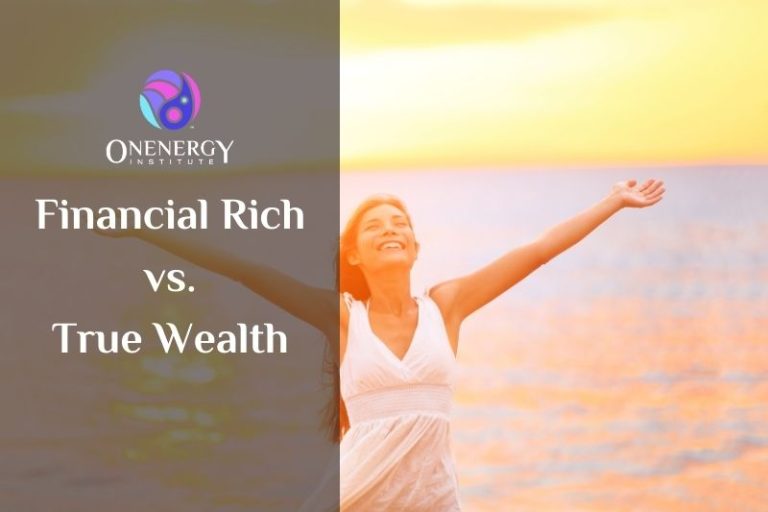 I’m sure you’ve all heard of the tale of the nine-colored deer. Wherever it passes by, it makes the surroundings lively and vigorous. And there are a lot of books and films that use that magical creature.

That mystical animal was such a powerful and wealthy creature. Even the queen in that tale became greedy to get that deer. But is it possible to have that power in reality?

All this time, you are connected with other lives. To the people, animals, nature, all lives. All our lives we exchange oxygen and carbon dioxide with nature, nature provides us with food for living and healing ( refer to food qi heals), we build connections with all living things around us, and we share wisdom and knowledge with other people. Besides all of those, life supports life continuously in a nonphysical way. That’s how our lives go on.

Remember the famous quote, “No man is an island”? That means a man needs to be surrounded by other men to survive. Reasons such as biological and social. Even man needs natural resources to survive. Imagine being left in a blank state. That would be physical and mental torture as well.

That’s how beautifully our lives are connected. But, do you realize that nature can survive itself and doesn’t need us, humans? Harsh truth is that we are the ones who are contributing waste to it. Money for example. Nature doesn’t even know it’s valid but it is valuable to us humans.

Since the very first generation of humans, they have had this instinct to work hard to survive. They haunt for food, they build their shelters and clothes, etc. Until human evolution happened and now, we are taught to earn hard for money.

But the thing is, as time passes by, nature is still nature. Mountains are still mountains, oceans are still oceans. But humans? We have ceased to exist. We have limited time in this world, no matter how hard we work, we will just pass by and even our names will be forgotten after a hundred years.

No matter how many years passed by, Mount Everest is still Mount Everest, right? But does one dollar have the same value after many years? I doubt it. Will your name still be remembered after hundreds of years? Well, only if you’re a hero.

The point is, that having lots of money would only make you money rich or financially wealthy, but not truly wealthy. Because financial wealth is fragile and temporary, just like us humans.

Nature doesn’t even know what money is, that richness and wealth are only human-made because we are the only ones who can elaborate its value. Money is just a survival tool for living in this society anyway. No matter how much money you own, you are still surviving, therefore you are still poor.

So, you are truly wealthy if you are enlightened and all lives can recognize you and support you. Just like the nine-colored deer we were talking about. That god-like power is what truly makes you wealthy.

No matter how the world changes, just like nature, you will remain valuable and recognizable as a life, and that wealth wouldn’t be affected, therefore it’s your true wealth. And you can pass that wisdom to generations. Once you understand how qi manifests everything, you know what true wealth is.

Life shouldn’t be dependent on money because money cannot support life. Nature doesn’t even recognize it. You are connected to other lives and you are the same as them, which is that they don’t need money to live. You only think you do because your mind says so. We will talk about more in our Onenergy qigong courses.