Halloween: For The Dead Without Horror Or Fear

Home » Qigong For Spiritual Awakening » Halloween: For The Dead Without Horror Or Fear 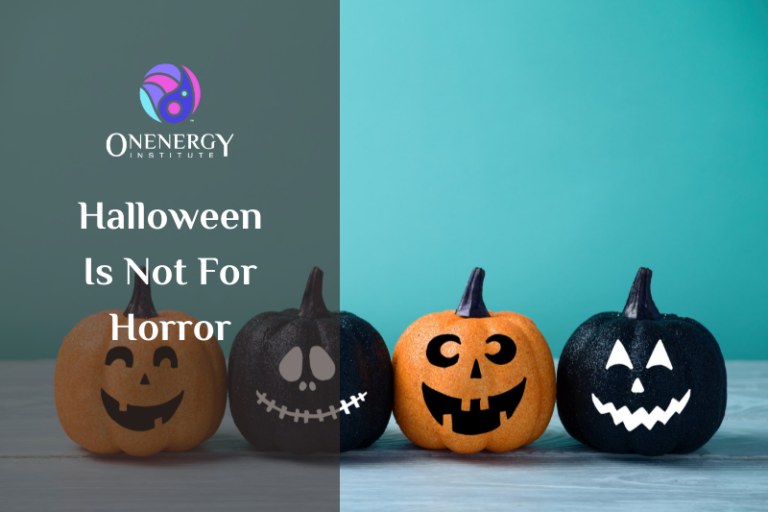 What Halloween Is About

When fall comes, and Halloween (October 31st) is just around the corner, people are spending time and money decorating their houses with spiderwebs, skeletons, bats, and RIP tombs. They would also be invested in finding or creating costumes for this special event, whether it is for kids or adults.

Some would do creative scary makeup too. (Which is impressive, by the way.) Kids would be knocking door to door wearing their costumes asking for trick-or-treats and adults would go partying and drinking in their costumes. Sounds fun and nostalgic, isn’t it? Halloween is more like a Holiday for candies, costumes, and decorations now.

But what most people don’t know is, that Halloween is meant for something else. Halloween stands for “All Hallows Evening” and Hallow means a saint. This basically means Halloween is a night dedicated to saints or holy persons. It is made to honor them.

Did you know that all over the world, different countries and cultures celebrate Festivals that are meant to honor the dead? Qingming Festival and Hungry Ghost Festival that is held in China, Día De Los Muertos in Mexico, Obon.

The Festival of Dead in Japan, Voodoo Festival Fet Gede in Haiti, Pchum Ben Festival in Cambodia, and All Saints Day in many other countries which is originated from India. Different cultures and traditions but the same with giving tributes and respect for the dead.

How Halloween Associates With Fear

Does it make sense to use skeletons, zombies, ghosts, and RIP tombs to symbolize Halloween? Whilst all of these are only products of fear. We make fun of these things, while Halloween is really meant to honor respect for the dead. I wonder when Halloween becomes Horrorween and Sacred becomes Scared?

Taking advantage of the consumers’ hype of the season is all the businesses are considering. But for ordinary people, have you ever thought about what’s significant about Halloween that you should know?

Do you know what are the two things that drive people? Happiness and Fear. These two feelings are so strong that they can push you to do something that you wouldn’t normally do. Especially fear, is four times stronger than happiness, according to scientific research.

Are you aware of your state when you are emotional? Do you ever wonder why many people like to watch horror movies? Yup, because they like the thrill and chill that will make them feel alive again. Probably they are bored and like something to spice up their days. The merchants use fear to manipulate the consumers to make their horror films blockbusters. Does it make sense now why the product of fear is more noticeable during the Halloween season rather than the candies and decorations?

Traditional Chinese medical knowledge tells us that our emotions are directly associated with our internal organs. Anger with Liver, Joy with Heart, Sadness and Grief with Lungs, Worry with Spleen and Fear with Kidneys.

Whenever our emotion arises, it impacts the connected organ’s ability to function. This is because each emotion impacts the circulation and direction of energy (Qi) in the body. It has to be balanced. When there’s an effect, there’s a cause. That is one of the Universe’s laws.

You see, Halloween is about the dead and death. Some cultures see death as a taboo that should be avoided. But you need to understand that death is not something to be scared of. It is a natural process of life. Death is much closer than you think.

Life and death always come together. Living well is also accepting and dying well. Not accepting death as part of life will only lead to struggling and suffering.

This autumn, may we not forget to give honor to our predecessors and the saints. Most importantly, realize that we shall accept both life and death to live better. Happy Halloween!