The Rainbow Fish-Finding Her Truth Back

Deep in the ocean, there was quite a unique fish, stunning by her beautiful colorful scales all over her body. Red, yellow, pink, blue, purple, green… of all colors like a rainbow. So people called her Rainbow Fish. Those rainbow scales were so eye-catching that no one could miss them. Of course, all the other fishes admired her and they couldn’t imagine getting more than one shade of such colorful scales.

Although as beautiful and unique as Rainbow Fish, she was miserable. She was not happy. She had a lot of things to worry about.

She worried about losing the scales of any color shade. If she lost one color, her rainbow would no longer be complete.

She worried about one day that some other fish would also get some colorful scales for some reason. Then she would no longer be unique. She would lose all the attention of her peers. Then she would become nobody.

She spent a lot of time looking in the mirror. She had to check her scales several times a day, to make sure that they are as beautiful as they were moments ago. Sometimes she felt happy and released when she saw her scales intact. But most of the time, she felt tired and unhappy.

None of the other fishes could understand it. For being such an outstanding fish like her, how possible could she be miserable? She couldn’t explain it herself either. So she went for some help. 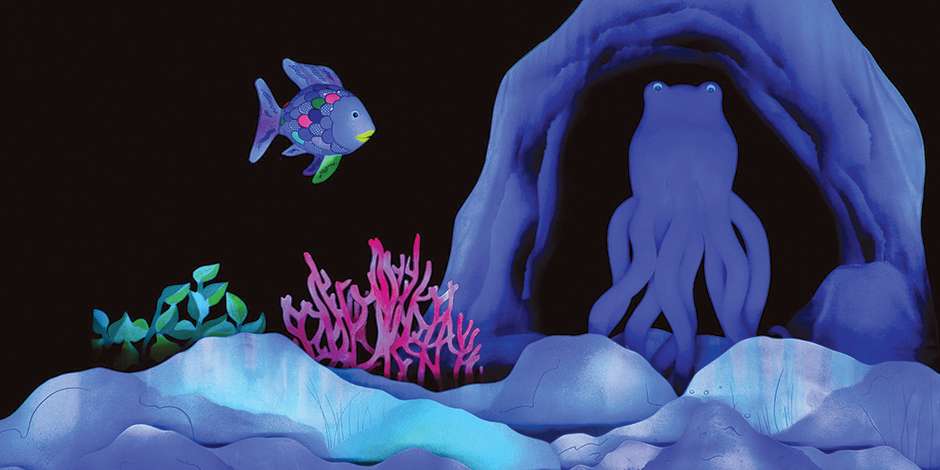 The octopus didn’t answer her question, instead, he said, “Getting rid of those scales, and your problems are gone for good.”

“But those scales are my life, I can’t live without them.” Rainbow fish screamed.

“Yes, you can.” The octopus continued “Once you get rid of them, you will discover another beautiful layer of scales beneath them.”

“What would that layer of scales look like? Are they as beautiful as my rainbow scales? Please explain to me how will that work for me? ….” Rainbow fish had so many questions in her mind. She wanted to know how and why.

She kept asking and didn’t notice that the octopus had swum away. So she swam back, and she kept wondering on her way home.

On the way, she met that bluefish. The bluefish admired her rainbow scales for a long time. He begged her for a tiny piece of scale in the past. She denied of course. How possible would she give up her rainbow scales, not even one piece!

But now, after meeting the octopus, she pondered. “Maybe I could give one scale to him. That might be a way to get rid of the rainbow scales. I shall try and see what would happen.” So she called on the bluefish and initiated the offer.

The bluefish was so astonished by her offer. He happily accepted. Actually, he was overwhelmed. Rainbow Fish stripped off one piece of red scale. “Ouch! It hurts!” But she didn’t show her pain.

For the first time, Rainbow Fish felt something indescribable inside. Despite the pain she had when stripping off the scale, she got a bit relieved which she never experienced before. She was very curious about that relief feeling just by getting rid of one piece of scale.

The bluefish swam away with that beautiful red scale and he told everyone on the way what had happened. So more and more fishes came to Rainbow Fish. Each of them asked for one piece of scale. She accepted all of them.

Gradually, she feels that she becomes lighter. She feels that she has become brighter. The octopus was right; all her problems are magically gone! She has no worries, and all she has is an indescribable feeling from deeper inside. It’s quite different from the happy feeling that she had in the past. Suddenly she remembers what the octopus said that she would discover a new layer of scales. She rushes to the mirror and looks. 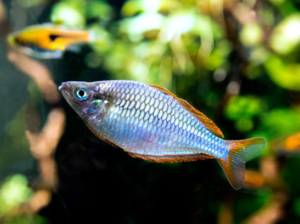 She couldn’t believe her eyes… In the mirror, she sees an amazingly sparkling fish, covered with silver and gold-colored scales that she never discovered in her life before.

That is the true layer of scales she was born with! They are just beneath those colorful scales, and she didn’t seem aware of them all the time. Now she realizes, all her life, she kept collecting those colorful scales here and there and putting them on piece by piece till one day, her true shiny self was buried deep down.

Now she is so blissful, just like when she was a baby fish. While other fishes couldn’t figure out: Why the hell did she become so happy after she turns into a superordinary fish? Since other fishes get their share of some colorful scales, you know what is happening to them. {wink}

The characters are from the original The Rainbow Fish by Marcus Pfister.