No One Can Tell You The Truth In Languages 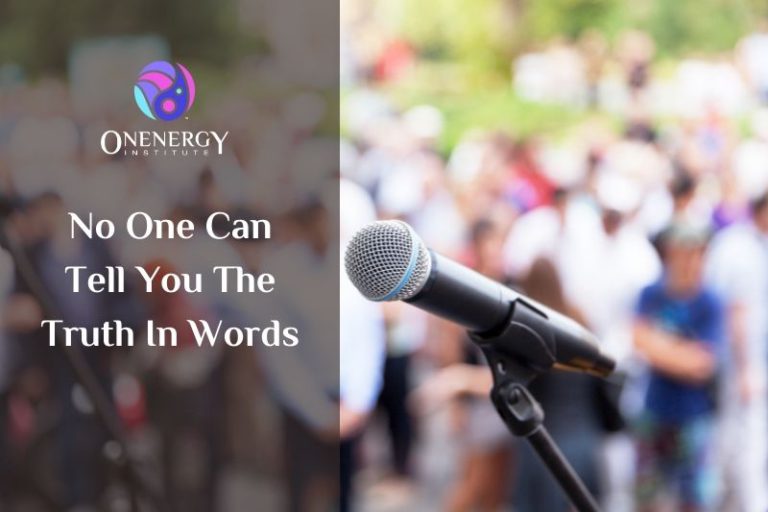 We, as psychological human beings, are socially made. We cannot live without socializing, getting in touch with people, and communicating. There is even this famous quote, “No man is an island,” by John Donne.

But how do people communicate with each other? There are many ways, such as speaking, writing, touching, moving gestures, etc. These are all called languages. Whether it might be speaking the language or body language.

Language is fantastic, isn’t it? It’s one of the most valuable tools that humans invented that we use on a daily basis. And, it differentiates us from other creatures! Imagine what the world would be like if we all spoke in animal language.

If we travel all over the world, we will experience different cultures and different languages. Did you know that overall it has 6,500 spoken languages in the world? Funny how we can use 6,500 languages just to say the same thing. Different sounds and accents can all produce the same meaning.

Perceiving everything through language can also invite a chance to be easily manipulated. In this fast-paced information era, we have many language products such as the internet, articles, videos, audio, songs, books, etc. Believing everything that you hear or see can easily brainwash you. That’s how commercials and politics work. Remember, there is a lot of misinformation spreading on the internet these days.

It doesn’t matter what they say, but how you process it. Your perception of understanding matters the most. It’s like someone talking to you, and you keep dozing off. You won’t be able to process what they’re saying, right?

Don’t take languages too seriously. What’s the point of learning many languages when you can’t process one? Remember, there is no perfect language to describe the universe and life. To understand them better, you must learn how to turn off languages. It’s all about understanding and realization from within.

Remember the previous article, Body Doesn’t Feel; Mind Doesn’t Know? Where we talked about the world having only 5% of its physicals, the other 95% is not something we can sense. Using five senses is not enough to understand the true meaning of what someone is trying to say to you. Even if they combine body language, words, and intonation, you won’t even remember and process everything. Just like how “I want what you are eating.” is different from “I want, what are you eating?”

Ancient Chinese used tons of multiple-meaning words and sentences in their books. Good luck if you are trying to understand what Lao Tzu (Lao Zi, 老子) really meant in his Tao Te Ching (Dao De Jing, 道德经). However, there’s a way to understand Lao Tzu, not by reading his book but by existential experiences and self-realization.

Even Chinese-speaking people have difficulty understanding Tao Te Ching, let alone all non-Chinese speaking people trying to understand it by reading those translated scripts. Firstly, the translators wouldn’t necessarily have achieved a certain level of realization to understand Lao Tzu. Secondly, when translated to other languages, the true meaning will be lost on its way to translation.

Of course, you cannot translate everything words per word because it won’t make sense in the translated language. If you translate it to something more appropriate to hear in the other language, the meaning won’t be precisely the same as in the previous language.

Therefore, language is not capable of describing the truth.

That’s why in ancient China, Qigong masters only passed their knowledge and experience to those who were deserving and had a sufficient realization that can obtain the true meaning. Like the old saying in China 只可意会 zhǐ kě yì huì，不可言传 bùkě yánchuán, which means no truth can pass through words but your consciousness.

So if words, cannot tell the truth, then that would be a lie.