Why You Shouldn’t Rely On Painkillers 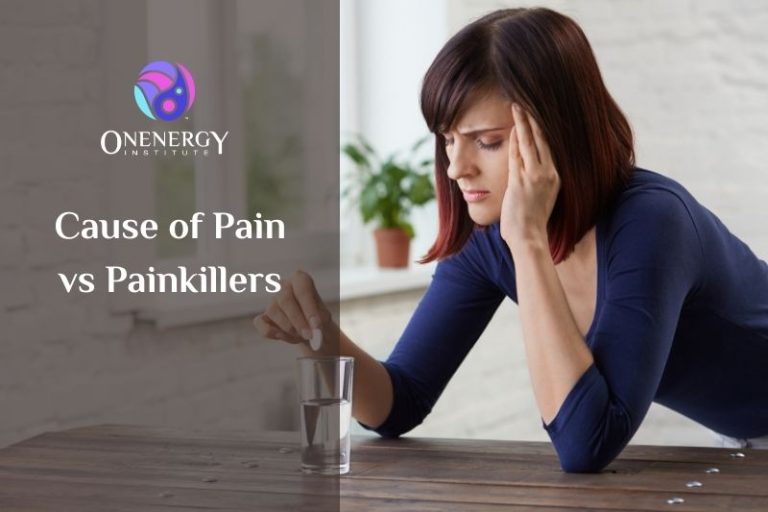 We people usually feel pain. Whether physical or psychological pain, it’s normal, and it’s one of those feelings that make us human. Whenever we feel pain, what comes first to our mind? Remedy, painkillers, and going to a doctor.

The doctors usually prescribe painkillers if we claim that the pain is unbearable. When we search for a remedy, we typically end up buying painkillers. Whatever comes first, we will most likely resort to the same thing, which is painkillers.

Why People Rely On Painkillers

Have you ever heard of the ‘placebo effect’? “The placebo effect is when a person’s physical or mental health appears to improve after taking a placebo or ‘dummy’ treatment.

Placebo is Latin for ‘I will please’ and refers to a treatment that appears real, but is designed to have no therapeutic benefit.” -Better Health Channel.

Can painkillers be a ‘placebo effect’ too? We don’t know. But we know that painkillers can only work temporarily. To understand how painkillers work, imagine this:

You installed a smoke detector at home. During the night, when you sleep, it goes off. You get up and check. But you can’t figure out what triggers the alarm. But the alarm keeps going. You wonder whether it’s the detector’s malt function. Finally, you get annoyed. Find a hammer, break the sensor, and go back to sleep. Now everything quiets down and you find peace because you broke the alarm. But, the smoke is still there.

Same thing with painkillers. They shut down the nervous system to not send the pain signal to your brain. So you won’t feel any pain, but it can only last a short time. That’s why you need to take painkillers every few hours.

You need to understand that the pain works like an alarm. There was this old saying in China: 痛则不通 tòng zé bù tōng, 通则不痛 tōng zé bù tòng. 痛 tòng with a descent tone means pain, 通 tōng with a flat tone means no blockage, passing through freely.

What it says is if there is no blockage in your system, your Qi energy and blood can pass through every vein vessel, channel, and space freely. So you will not have any pain issues. When you have pains, your system has a blockage somewhere. Check this article for what qi is.

So the pain is just the alarm system. Painkillers are to deal with the alarm. Shutting down the alarm won’t change anything about the cause. Therefore, the pain will come back. If you want to stop the pain, you should remove the blockage.

Deal With Cause Of Pains

Nowadays, whenever you experience pain, you do not remove the blockage or what causes the pain. Because obviously, it takes more effort. Instead, you resort to putting anything to block that pain, hence painkillers, causing more blockages instead of solving the existing ones.

Don’t get us wrong; we are not against painkillers. As long as you know what causes the pain and take care of it first, you can take some painkillers to ease the pain temporarily.

Think of it as an investment in your health and well-being. It might take time and energy to work on the root of the pain, but it will indeed remove the blockage in the long run, and you will be surprised and grateful you conquered it.

What you need to conquer first is not the pain. It is your fear of facing pain, which no medicine can help but you. When you can see pain as a great indicator, which it is, you will befriend instead of be-enemy.

You need to understand this: Your feelings and emotions, good or bad, are the universe’s gifts built in you which will guide you to trace the root or cause of everything, ailments included.