What Are Qi and Qigong Easy To Understand 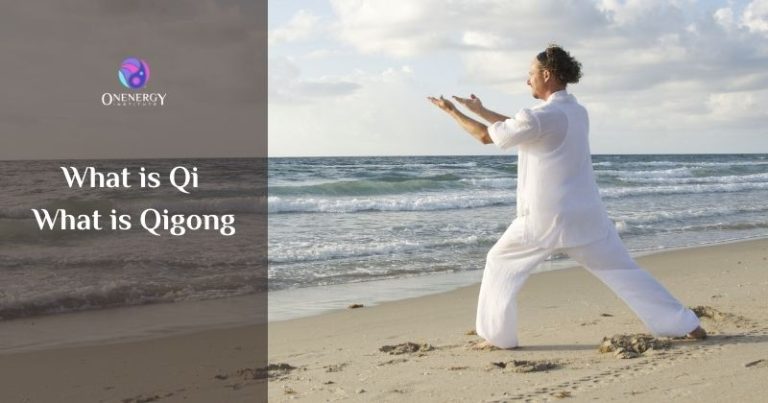 If you don’t know what qi is and what qigong is, you may have many doubts. When someone introduces you to qigong, they say all the wonderful things about qigong. But they can hardly explain the qigong definition or why it’s called qigong.

Don’t question that person if they couldn’t explain. In thousands of years of Chinese history, so many sages and saints had written books about Qi and Qigong. All of them tried to explain what qi and qigong are from their perspective.

But you know what, qi is not exclusive to China. You may have called it a different name in your culture. No matter whether you have experienced qi or not, qi has been working on you your entire life.

This sounds like a very basic qigong knowledge, but it’s not. Modern science has admitted and yet to find that smallest element that forms and creates anything in this cosmos. However, our ancient Chinese ancestors had given that element a name: qi.

In ancient Chinese, qi, which refers to the smallest particles that existed, is written as 炁. That Chinese character contains two parts. The upper part means nothing or emptiness. The bottom part means the fire.

Basically, from that character, our ancestors already told us what qi is. Qi has no form. It is so vague that ordinary human senses couldn’t detect it. It may feel like nothing or empty to our sensory organs. Because it has no beginning or end. The whole universe is full of qi, void but not empty.

However, your inner qi is dormant. To ordinary people, their whole life won’t touch or activate their inner qi. In traditional Taoist qigong, activating inner qi needs inner fire. That’s why the character 炁 has fire on the bottom.

In traditional Chinese, qi is written as 氣. It refers to the qi that acquires through food or mother earth. That’s why it has 米, which means rice, in it.

The biggest misunderstanding about qi

Today, we use 气 to write qi in simplified Chinese, which unfortunately loses qi’s original meaning. Because 气 in Chinese means the air. Although the air also has no shape, it is a matter that can be detected.

That’s why people mistake qi for the air. People think that they can gather more qi by deep breathing. Breathing itself won’t gather qi but the air to your lungs.

However, concentrating on breathing can calm down your mind which can enable you to access qi better. Your logical mind is the one that always blocks qi. And it keeps asking: does qi really exist?

Although many people are practicing “Qigong” (chi kung, chi gong) or so they think, their understanding of what qigong is is limited.

For example, according to NQA‘s definition, Qi is the “subtle breath” or “vital energy” and Gong is the “skill cultivated through steady practice”.

First of all, qi is not the “subtle breath”. As I have explained in the what is qi section, today we use 气 instead of 炁 or 氣. Therefore, most people mistake qi for the air or breath.

Secondly, qi is not the “vital energy”. Qi is not an energy, or at least not that kind of energy most people think of.

This qigong definition has limitations

That qigong definition is not wrong but incomplete. First of all, qigong is the way to cultivate qi. Improving health is one of the benefits of practicing qigong, but not the goal. But that definition sets health as qigong’s purpose. That’s why most people see qigong as a healing method that actually limits their potential.

For example, ZhiNeng Qigong can help to develop and enhance human potential and abilities. The word Zhi Neng 智能 means wisdom and abilities. However, since many people only learn it for healing, physical and mental health is all they got. They could hardly progress to a higher level.

Secondly, they use breathing, gentle movement, focused intent, self-massage, and sound as the qigong methods. However, those methods are largely used in medical qigong and entry-level qigong exercises. Some higher-level qigong doesn’t even use any of the methods.

So what qigong really is? A good qigong definition should reveal its core, regardless of forms or benefits. Dr. Pang Ming gave qigong this scientific definition:

The scientific definition of what qigong is

1, Qigong is to unify

Qigong is to unify individual human life with the social world, nature, and the cosmos. Humans cannot exist independently and are just a tiny portion of the cosmos. Humans, nature earth, and the universe are deeply connected in an entirety.

2, Core of any qigong practice

Qigong is a practice that studies our inner world. In our daily life, we direct our minds to deal with the outside things in the outside world. We seldom use our minds to go inside to study ourselves.

During qigong, we suppose to be fully aware and consciously mobilize qi to make any movement. While in physical exercises, the movements can be compulsive without involving any conscious mind activities.

No matter what type of qigong we practice, Buddhism Zen, Taoism, or Confucianism qigong, we shall involve our Mingjue qigong mindful practice.

3, Common purpose of all qigong practices

Do you need to practice qigong? Qigong practice aims to transform and enhance our vitality and human life functions. Healing is just one of the numerous qigong benefits.

Today you find many other practices share the common purpose of qigong. They may use different forms and methods. They also aim to enhance human life. That being said, Yoga, Reiki, Zen are all qigong.

However, what differentiates qigong from all other practices is qi. If you can experience what qi is, you can understand what qigong is. Read our ultimate guide for qigong beginners for other questions about qigong.

Coach Delphine started qigong in her early 20s when she was a university student. After moving to Canada, she worked in different industries and then started a business in 2009. In 2017, she co-founded Onenergy Institute with Master Dai. She has been focusing on spiritual awakening through qigong meditation since 2019.