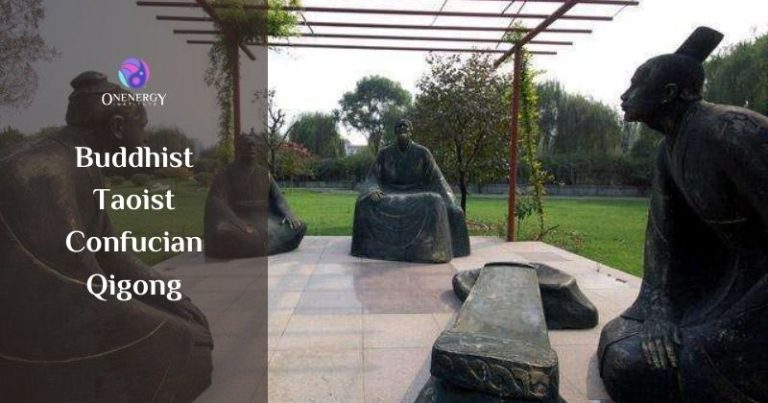 China has more than 3,000 years of qi gong (Chi Kung) history. There are probably over a thousand qigong forms/methods still existing as of today. To help you to better understand them, we can categorize them into three major types. According to their origins and qigong theories, they are Buddhist qigong, Taoist qigong, and Confucian qigong.

Buddhism originated in India and slowly it influenced the neighboring countries including China. Starting from Tang Dynasty (618 AD), Buddhism became popular in China. Tibet was one of the first areas where Buddhism impacted.

The Buddhists don’t usually call themselves qigong practitioners. However, after you read what is qi and qigong, you will understand that Buddhist practice is also qigong.

Buddhists call their practice “修心” and “炼性” since they focus on mind and spirit (灵). Buddhist qigong focuses on Shen qi practice, which aims for self-awareness and spiritual awakening. Please refer to Consciousness and Mingjue practice for more information about Buddhist practice.

Buddhist qigong is usually motionless. The sitting position is the most common form. They usually set an idea (念想) or some object (佛法器) for the mind to focus on during the practice.

During the process, the mind will go through a few stages. The mind goes deeper from focused thinking or visualizing state to an empty and meditative state at different stages. Zen meditation is one kind of Buddhist qigong practice.

Mantra can be very powerful and bring enormous results. For example, in Onenergy Qigong, we have Hun Yuan Ling Tong qigong mantra. However, mantra practice needs a qigong master’s strict guidance and monitoring. Otherwise, it could bring damage to the body and mind.

Confucianism is a native Chinese philosophy and practice. Confucian’s qigong philosophy has only two words: Middle (中) and Harmonious (和). In Confucianism, the Middle means impartial or unbiased. It is one of the key characteristics that Chinese people embrace.

Confucian philosophy is the core of ancient Chinese culture. You can find Confucianism in Chinese food, music, festivals, and traditional clothing.

In Confucian qigong, being Middle requires one to be absolutely quiet and respectful from inside and out. Playing Guqin music to cultivate qi is a typical Confucian qigong practice.

One needs to see things as they are. Others might find those people emotionless. But that’s not true. It is not that they don’t have feelings. They do have feelings and emotions like others. However, they choose not to react but just observe what’s happening inside. 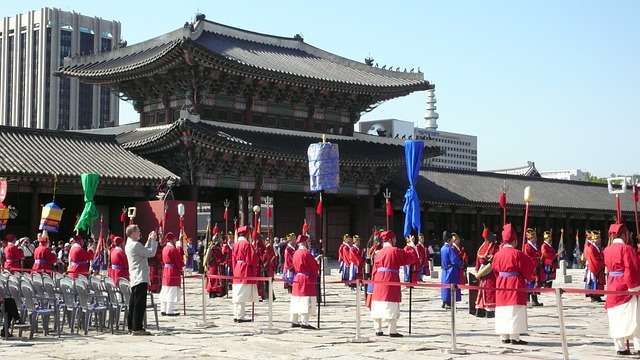 Therefore, the Confucian qigong is a day-to-day life practice. They reflect and do not react. They are modest and impartial. They value a harmonious way of dealing with people and things.

Over thousands of years of Chinese history, Confucianism was widely admired. Because for ordinary people, being harmonious with all the people and all the things are considered to be a good person, the state leaders use Confucian philosophy to promote the social standards of morals.

Nowadays, you wouldn’t find any particular Confucian qigong forms. Because it is a day-to-day practice, Confucian qigong is perfect for mindful living. You can understand it as a primitive qigong mindfulness practice. And, Confucian philosophy is widely implemented by two other qigong types.

Taoism was also originated in China. Lao Tzu was considered the one who formed Taoism philosophy and Taoist qigong. Taoism is all about being united with the Dao (Tao 道).

Taoist qigong focuses on the physical body Jing and qi practice at the earlier stage and the mind Shen practice at a later stage. One of its theories is “炼精化气，练气化神”, which says that once the human body qi Jing is strengthened and intensified, it can nourish Qi and the human mind Shen. You can refer to Jing Qi Shen three levels of qi for details.

Other Types Of Qigong

Actually, besides those three major groups of qigong methods, there are two other well-known types. They are Chinese traditional medical qigong (中医医家功) and martial arts qigong (武术气功).

Over time, those three major qigong merge. Especially since Song Dynasty (宋朝), people started to practice all three. We Chinese people call it 儒释道三修, which means Confucian Buddhist and Taoist three practices in one.

Onenergy Qigong is the modern qigong that integrates the best parts of all three qigong types. Check our qigong App’s features before downloading.