Qigong Cured Her Tumors In A Few Months 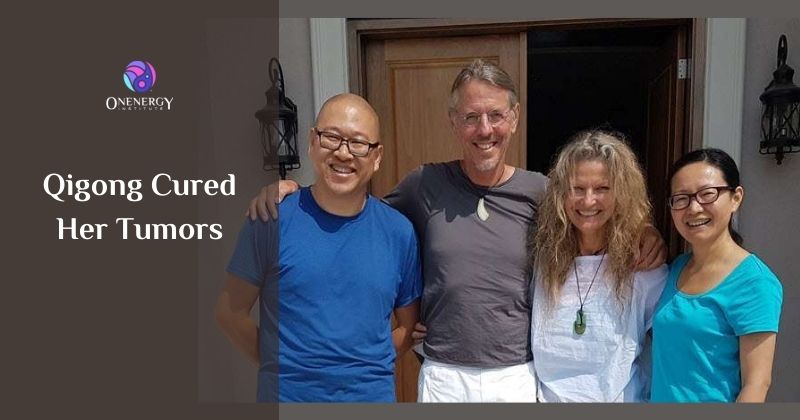 She Was Diagnosed with 12 Tumors

Anita was diagnosed with different tumors in twelve different parts of her body. Her doctors said that her disease was impossible to cure. They would still give as many treatments as possible but couldn’t guarantee any success. Therefore, she started all kinds of western medicine treatments like Chemotherapy which brought her so much pain and suffering that she became horrible and weaker. But her situation didn’t improve.

So she decided to seek alternative treatment. She found Qigong at a local Qigong workshop in October 2017. She became very interested in what she learned about how Qi can heal any condition. After that, she went to a one-month healing retreat in Dali, China, in December 2017. Her tumors started to soften and became smaller. She found she had gained her energy back, and her condition was dramatically improved.

Discover The Root Of Tumors

And recently, she came to Vancouver, Canada, for a healing retreat hosted by Onenergy for another month. During the retreat, what the teachers taught brought her deep realization and she discovered the root of her tumors. At the end of the retreat, she shared her experience and story of her own healing journey.