Qigong Master Pang Ming Before & After 2000 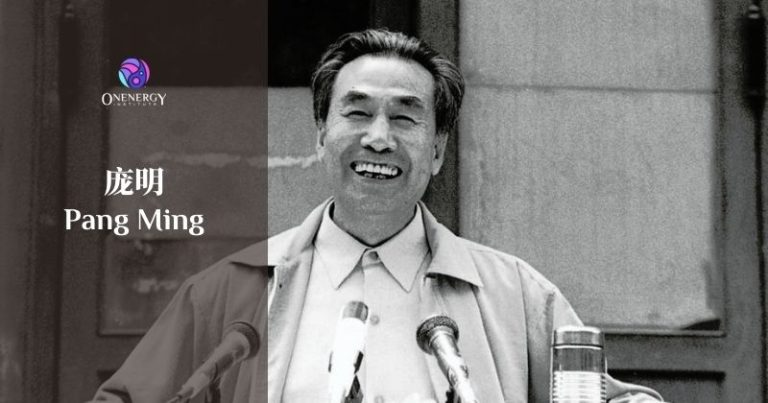 Qigong Master Pang Ming (Pang Lao Shi, Pang He Ming, Dr. Pang), used to be one of the best national western and Chinese medicine doctors in China. He was also a well-known acupuncturist, one of the new qi gong pioneers, an author and honored professor in Chinese colleges, and a calligrapher.

Some of Master Pang’s previous positions before he retired:

Master Pang was born in 1940 in Hebei province in China. He studied western medicine at Beijing Medical College in 1958. Thereafter, he engaged in western medical practice.

Since his college age, Pang had studied Buddhism, Taoism, and martial arts, and had followed a total of 19 grandmasters of Buddhist, Taoist, Confucian, folk qigong, martial arts, and Traditional Chinese Medicine.

Master Pang laoshi is such an erudite, humble and open person. For him, creating Zhi Neng Qi Gong was not a coincidence.

Pang’s full knowledge of western and Chinese medicine including acupuncture, Buddhist, Taoist and Confucian qigong, martial arts, Chinese culture, and history… all of them enabled him to see the bigger picture than anyone else in history so far.

In his late 30s, Master Pang had started to reform traditional qi gong and then created new scientific qigong. His total reformed qi gong forms and caused a big “earthquake” to the qigong society and yet started a new era of qigong science culture.

Hundreds of modern qigong forms were born during the Chinese qigong’s golden era (1970- 2000). At that time, hundreds of millions of Chinese people exercised qigong in their backyard, in the park, and on the street. Even some ancient traditional forms were picked up.

Qigong Master Pang Ming had many students who learned his scientific qigong and then created their own during that time.

Master Pang dedicates his life to qigong science and research, even after Hua Xia Center was closed. Here were the major functions Master Pang initiated or attended before his retirement.

February 1979: Master Pang attended the National Conference of Chinese and Western Medicine Integration hosted by The China Ministry of Health.

July 1979: Master Pang was one of the organizers of the First National Qi Gong Summit.

1981: Master Pang gave a lecture on how to project external Qi in the first National External Qi Projection Seminar.

1986: Master Pang Ming published his Qi Field theory, along with a series of other new qi and qigong definition theories published afterward. Those combined became the foundation of modern Qigong Science, listed in his books.

November 1991: the institute was renamed Huaxia Zhineng Qigong Healing and Training Center, also known as a medicine-less hospital to many practitioners who came for healing.

1996: the construction of Qigong Town was broken ground in Shunyi, Beijing.

2001: Huaxia Healing and Training Center was closed in order to comply with the regulations of China government.

Master Pang Lao Shi retired in 2002. Since then, he lived in seclusion and spent most of his day studying and book writing. All his new books written during that decade were published one by one since 2012.

July 2016: Theory and Methods of Traditional Self Cultivation《传统修身法理》

April 2017: Brief Talks About Acupuncture and Its (True) Heart Method《针灸心法浅谈》

From what he wrote in those five books, you will notice that he had transformed from Qigong theory and methods study to self-awareness practice and consciousness study.

Most people start qigong because they had body health issues or mental health issues. You have to understand that qigong healing is just at the surface level. Because in Pang’s latest books, he quoted more than a dozen times that 悟后真修, which means that real practice starts after self-realization.