Qigong Cured A Hypertensive Diabetics Patient Without Any Medicine 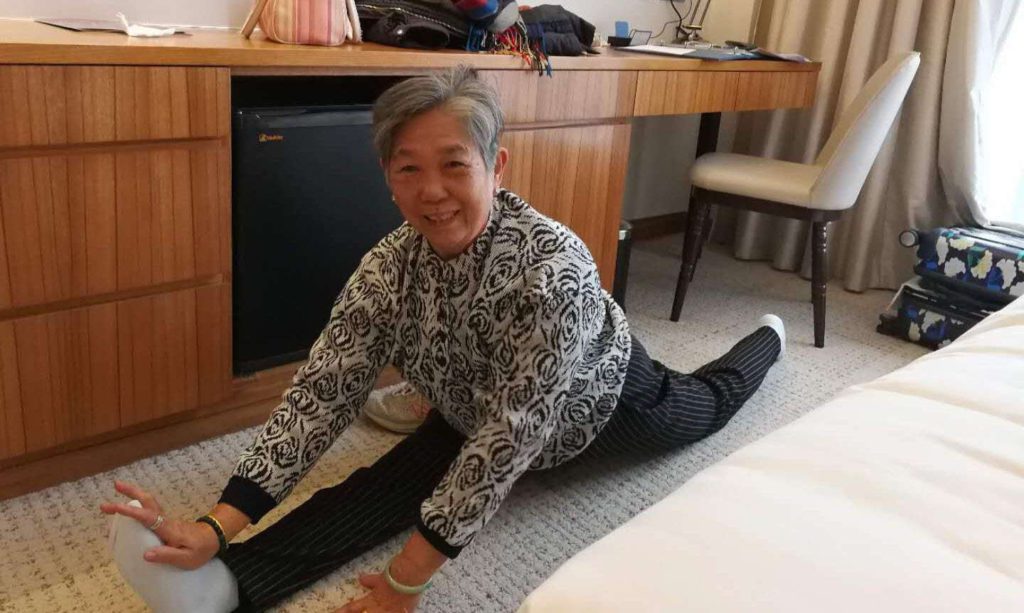 This is a true story of how Qigong cured the diabetic patient without any medicines.

Lady Ying was born in 1936. She is 82 years old now and lives in Hong Kong. She is very happy, healthy, and looks much younger than her actual age. Even young people would like to do the splits as easily as they can. Everyone calls her Sister Ying (英姐).

But she was totally another person 18 years ago. She was severely overweight, had high blood pressure and diabetes for years. She also had severe arthritis that she could barely move her body. It would kill her if she walked for just a few minutes. Life only meant suffering to her. At that time, she was only 64 years old.

In 2000, one of her friends introduced her to Zhineng Qigong science. She decided to give it a try and attended her first Qigong healing retreat in ShenZhen (深圳). Just like herself, most of the students who came to the retreat had at least one physical or mental condition. They had been taking medicines for years. Some of them had survived several hospital treatments, and yet were still suffering.

Ying came to the class and found it had a wonderful and happy atmosphere. Teachers were so knowledgeable, skillful, and friendly. She listened to the teacher’s lectures about this qigong science.

She realized that she shouldn’t rely on medicines and she is capable of curing herself if she dedicates herself to practicing Qigong because Qigong practice can awaken the healing power within.

So she followed all instructions to practice and believe in Qi and Qigong. There was that loving and harmonious Qi field in the class that also did the healing. Her pain was eased off. She found her body became more and more flexible. The smile was back on her face.

Within a year after she finished that Qigong retreat, her condition was dramatically improved. She lost weight; her blood pressure and blood sugar were back to normal; her joint problem was gone.

(February 2018: Ying demonstrated “Bend over and arch back”)

Ying enjoys her happy and healthy life without taking any medicines for many years now. She can enjoy her favorite dessert, ice cream, at any time without hesitation. And she still does 200 wall squats and Qi Replenishing Qigong practice and Qi Dragon Qigong every day.

“Life would be miserable if not for Zhineng Qigong.” as she always told other people.

Lady Yin was just one of the millions of people who recovered from their physical and mental ailments after practicing Qigong. Thousands of real cases like Yin’s have proved that Qigong practice can cure diabetes, hypertension, and many other chronic illnesses. However, it’s not happening overnight. And you have to follow a good teacher/master to learn and a working system to practice.